I love my electric vehicle. Why are so many other car buyers resistant?

I couldn’t be happier with my all-electric 2013 Nissan Leaf. For four years now I’ve been gleefully swooshing past gas stations. And it’s been in the shop only once, back in March, to upgrade the navigation software. Other than tires, brakes, wiper blades and washer fluid, there are few moving parts that need to be maintained or replaced.

Nor have I even once experienced that dreaded “range anxiety” people talk about. Sure, the car only takes me about 90 miles on a full charge, and yes, charging stations are hard to come by. But I’ve never needed to charge it anywhere other than my garage. My daily commute is close to the average for U.S. drivers: 26 miles and 46 minutes a day, according to AAA. On weekends, my wife and I zip around town with abandon. I usually end the day with 60-percent battery life remaining and plug it into a regular 120-volt receptacle to top it off overnight.

My decision to lease the Leaf did seem a bit risky in 2013, but today it seems like a no-brainer. What I can’t understand is why more consumers haven’t yet come to the same, blazingly obvious conclusion that, unless you drive long ranges every day, electric vehicles are superior to gas guzzlers.

The answer, it turns out, may have less to do with my visionary brilliance and more to do with the different logical approaches consumers tend to use when they consider purchasing innovative technologies.

It’s true: I’m an ideal candidate for an EV. In addition to my garage and short commute, we own a second, gas-powered vehicle for long-range trips.

And I’m hardly alone. In May 2016, Consumers Union and the Union of Concerned Scientists surveyed drivers in California and nine states in the Northeast (arguably the states most likely to lead the transition to EVs) and found about 44 percent “could potentially use the types of EVs on the market today” — based on “the number of households that have vehicle parking with access to electricity and could utilize an EV without modifying current driving habits.” Moreover, according to KPMG in 2014, 57 percent of U.S. households have two or more cars.

By my math (and the Federal Highway Administration’s numbers), that means there is an addressable core market of roughly 8 million households in those states alone (accounting for 30 percent of the U.S. population).

And yet only 121,502 EVs (including plug-in hybrids with gasoline engines) have been sold in the United States through August 2017, compared with 92,361 this time last year, according to Inside EVS.

I get that most people are waiting for EVs to hit the mainstream, and that pure-EV options like the Leaf remain limited. But I was still left wondering why there weren’t more early adopters of such an amazing game-changer in personal transportation.

Researchers from Ireland and North Carolina who study behavioral reasoning theory and the “diffusion of innovation,” have come up with the answer: When it comes to innovative technologies, people tend to raise the bar of what they’ll consider buying.

Marius Claudy, Rosanna Garcia and Aidan O’Driscoll in 2015 studied consumer resistance to micro-wind turbines for electricity generation and car-sharing services in Ireland and found their subjects used different paths of reasoning when deciding for or against a product or service that involved a major technology innovation.

They dubbed it the “loss aversion” phenomenon. “Consumers not only differentiate between reasons for and against, but also evaluate the potential costs of adopting an innovation disproportionately higher than its potential benefits,” explained their study. In other words, people give more weight to the potential drawbacks than to the benefits of new, unfamiliar technologies.

That means Nissan, Tesla and anyone who sells innovation should remember that promoting the technological benefits of your product or service won’t be enough. You must also directly confront consumer concerns about the tangible and intangible costs, however valid.

Here, for example, are the top five objections respondents expressed when asked in the Consumers Union survey “Which of the following are your BIGGEST concerns toward owning a plug-in electric vehicle?”

In my experience, (2) is the only valid reason to not buy a plug-in EV. As I mentioned, I’ve never experienced (1) and (4), because I don’t drive the car far enough every day to worry. And concerns about purchase and repair costs, (3) and (5), are flat out misperceptions. My total cost of ownership over four years, including the trade-in of my oil-burning Audi and minus the $5,000 state tax credit, is about $23,000. Also, because the resale value of EVs is so low, Nissan is even incenting me to extend the lease by covering half my payments until the 2018 Leaf is available.

It’s human nature to resist change, especially when it comes to the automobile, which carries almost mythic importance in our culture. Over the years, people have gradually discounted the myriad costs and risks associated with owning gas-powered cars (oil changes, engine repair, running out of fuel, flammable gasoline, etc.) while exaggerating the perceived costs/risks associated with EVs (What if I run out of power? What if the battery explodes?).

When Steve Jobs famously said, “people don’t know what they want until you show it to them,” that didn’t mean he thought he knew better. As he explained at the 1997 World Developers Conference: “You’ve got to start with the customer experience and work backwards to the technology.”

For innovators, that means listening not only to what your customers say they want, but also understanding and addressing why they might resist what you’re selling. 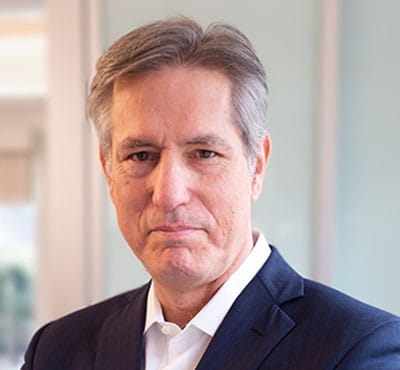